Methods of the Bug Class

The Bug class provides three methods that specify how bugs move and turn.

These methods are used in the bug’s act method. 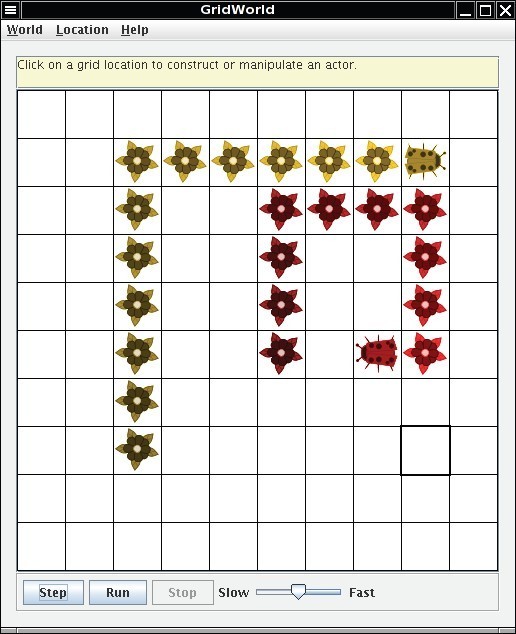 Set 2 The source code for the BoxBug class can be found in the boxBug directory.

In order to observe the behavior of one or more actors, a “runner” class is required. That class constructs an ActorWorld object, places actors into it, and shows the world. For the bug, this class is BugRunner. For the boxbug, it is BoxBugRunner. In each of these runner classes, the overloaded add method is used to place actors (instances of classes such as Bug, BoxBug, Rock) into the grid of the ActorWorld. The add method with an Actor parameter and a Location parameter places an actor at a specified location. The add method with an Actor parameter but no Location parameter places an actor at a random empty location. When you write your own classes that extend Bug, you also need to create a similar runner class.

In the following exercises, write a new class that extends the Bug class. Override the act method to define the new behavior.