Part1：Observing and Experimenting with GridWorld

Once the code is installed, simply compile and run the BugRunner.java application supplied with the case study. The GridWorld GUI will show a grid containing two actors, a “bug” and a “rock.”Clicking on the Step button runs one step, making each actor act once. Clicking on the Run button carries out a series of steps until etween steps during a run can be adjusted with the slider. Try it! 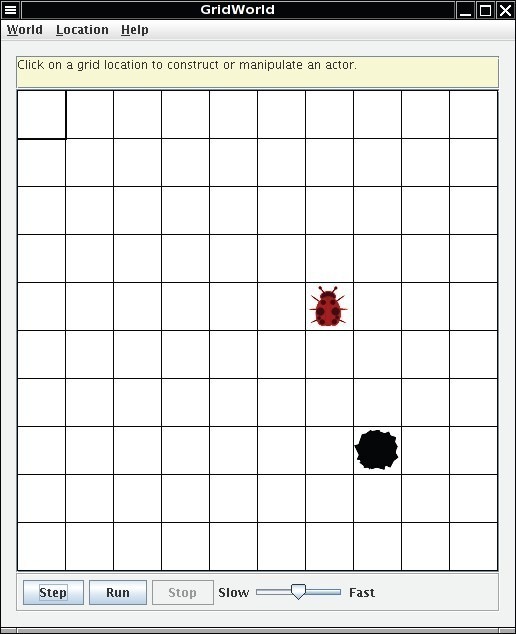 Clicking on an empty cell in the grid displays a drop-down menu that shows the constructors for different actor types. 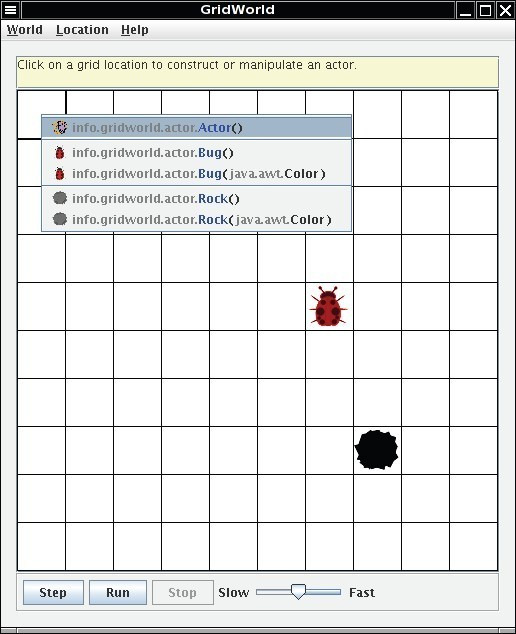 One attribute of the bug is its direction (indicated by its antennae). Initially, the bug faces north.Make a bug, take several steps and observe its behavior. Then add more rocks and bugs by clicking on empty cells and selecting the actors of your choice. Answer the following questions based on your observations using the Step and Run buttons.

When you click on a cell containing an actor (bug, flower, or rock), a drop-down menu displays the methods that you can invoke on the actor. The methods that appear above the separator line are specified by the class that defines this actor; those that appear below the line are the methods inherited from the Actor class. 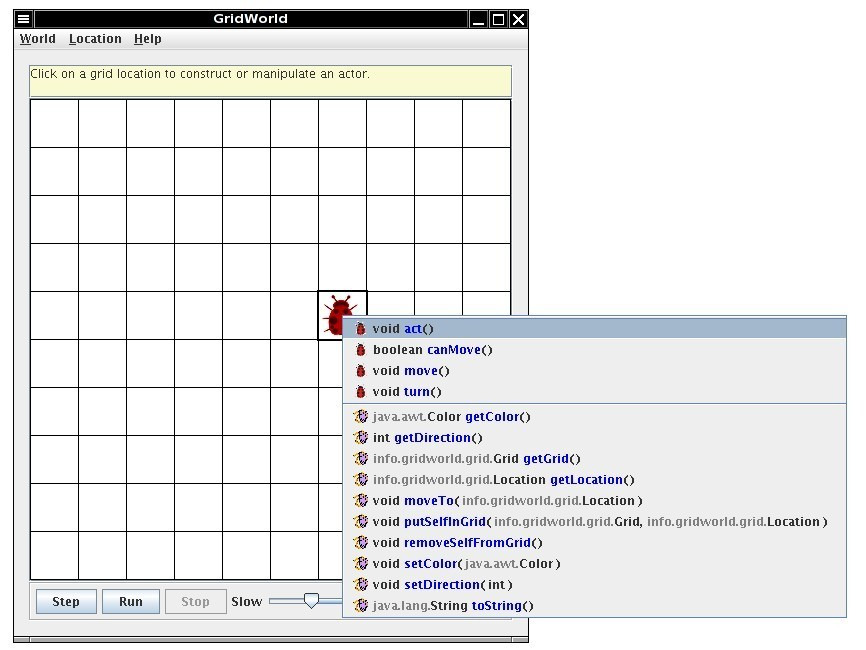 Experiment with the different methods to see how they work. Accessor methods will have their results displayed in a dialog window. Modifier methods will cause an appropriate change in the display of the actor in the grid. If parameters are needed for a method, you provide them through a dialog window such as the following.

If you select one of the methods in the menu, it will be invoked for this actor. As an example, click on a bug to see the menu of methods. Now observe what happens when you select the void setDirection(int) method. The bug will change its direction to the angle that you supply. Try selecting some of the other methods. What about the act method? If you invoked that method, the actor will behave as if you had clicked on the Step button, but no other actors will do anything. A bug will move forward or turn to the right, a flower’s color will darken, and a rock will do nothing. The Step button simply causes the act method to be invoked on all actors in the grid.

By clicking on a cell containing a bug, flower, or rock, do the following.